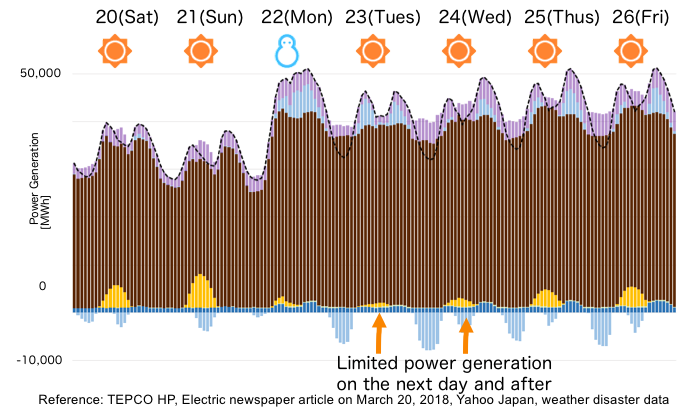 The snow in the metropolitan area significantly reduced solar power generation and the supply and demand were tightened?

Limited power generation of solar PV because of heavy snow

The influence of the heavy snow in the TEPCO area (=Kanto Area) on January 22nd was large. When it was graphed, it can be understood well that the amount of solar power generation was reduced compared to the previous day. However that is not the only factor of tightening supply and demand.

Firstly, because the temperature is low, the demand has been increased by more than 10 million kW over the previous day. Although it does not appear in the graph, at this time, TEPCO’s three thermal power plants were stopped. In order to surpass this tight situation, pumped-hydro power generation and grid interconnection play a major role, and you can also see that the pumped-hyrdo pumps up water at night in preparation for the next day and after.

Since the electricity supply and demand data from January to March 2018 including this January 22nd was released by each electric utility company, ISEP Energy Chart will update the data soon. 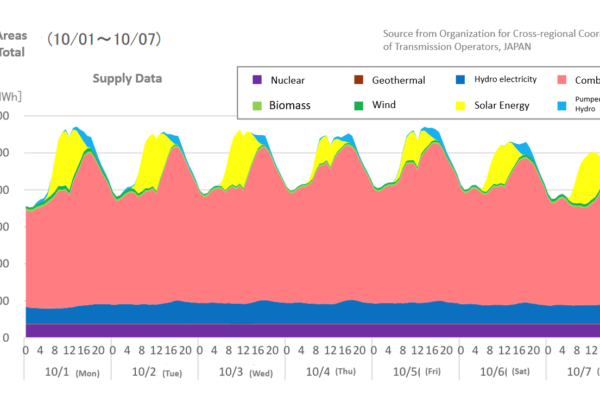